This stone has been re-positioned to the downstairs bar, where it is displayed alongside a drawing, to make identification easier. I noted that the vulva was showing signs of rubbing, even though it is nearly impossible to make it out. Maybe there’s a lot of visually impaired enthusiasts in Cashel.

This sheela was originally on a quoin at the rear of the Hotel, in the NE corner and was fitted sideways. It is now the boiler-house but used to be the Diocesan Library where, I assume the clergy must have passed by herself regularly. 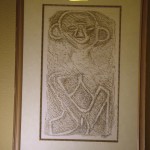 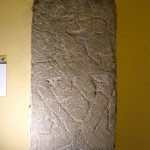 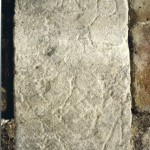 Hotel is in the centre of Cashel town near the Tourist Office.